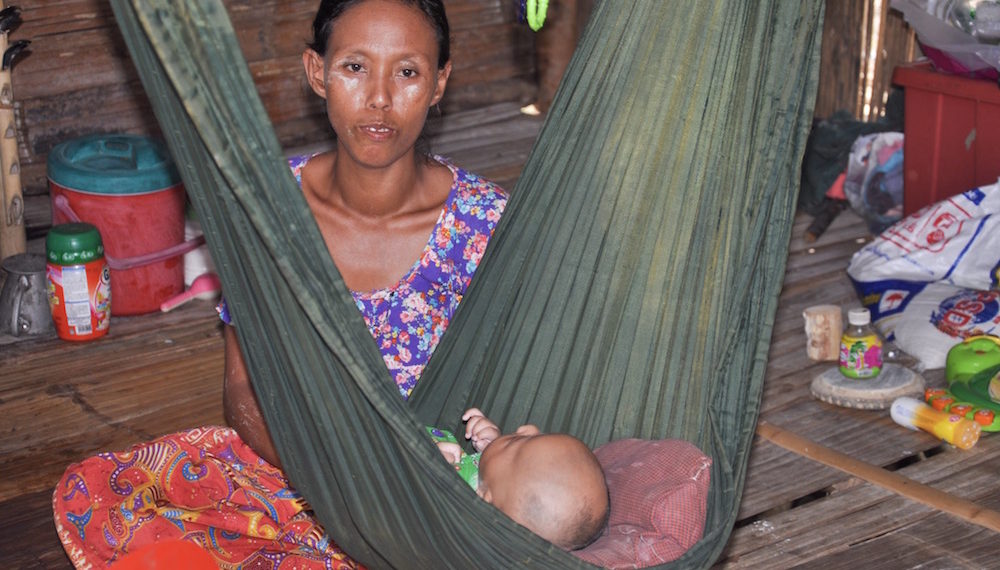 She took herself to the clinic alone when she was in labor, bringing her 3 year old son with her. The baby was born prematurely. Tired and malnourished her body couldn’t produce breastmilk. She had to stay at the clinic a long time so her baby would receive care and she could get stronger again.

Kay Thi and her husband didn’t have phones and would borrow their neighbor’s phone to call each other. The clinic staff noticed that her husband had not been to visit her for a few days and tried calling the contact number on file. They reached the neighbor, who told them that he worked full time to provide for the family, but when he got drunk he was abusive. 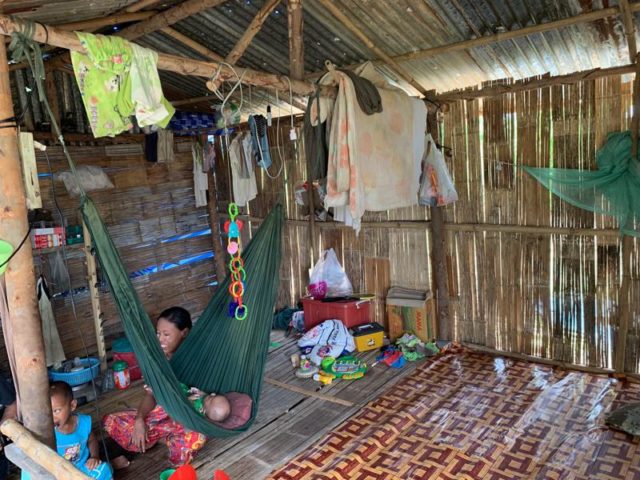 The clinic referred her case to an organization we partner with, Freedom Restoration Project. They met with her and provided some formula for the baby as well as bottles and help with hygiene. But they realized that this was a family that would be in need of long term support and referred them to us. 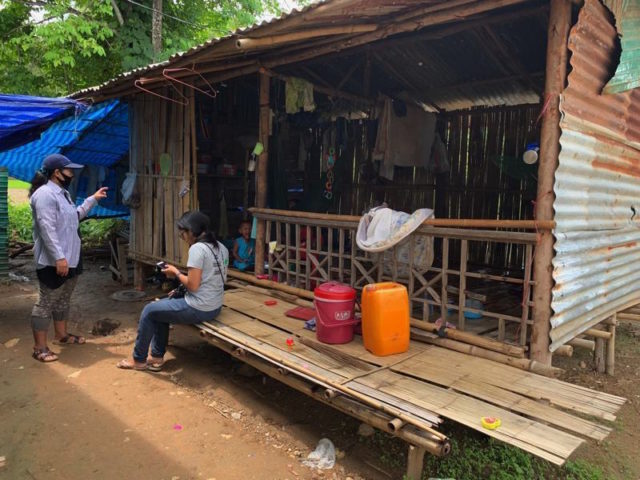 The outside of Kay Thi’s house during a team visit.

We provide nutrition to women who are breastfeeding, and formula for babies who’s mothers are not able to breastfeed. So our team began weekly visits with this family, bringing formula to help the baby grow healthy and strong. But they were increasingly concerned about the lack of food in the house.

Because we work hard to respect each family’s dignity, we observe and offer help, but allow them to make the choices about what will help them best. So we continued to help provide formula for the baby, because that was most important to Kay Thi at the time. 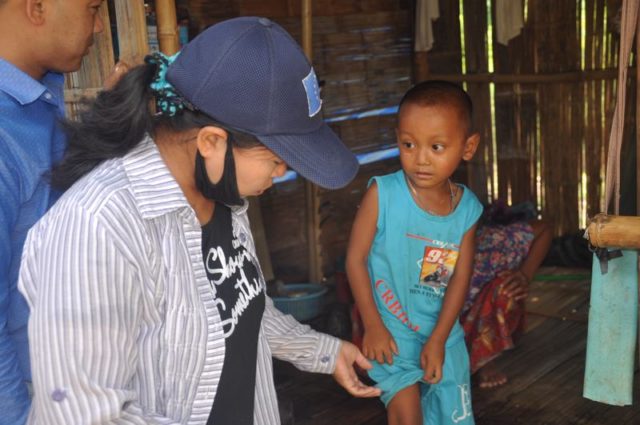 Rainy season is a time when work is scarce for agricultural laborers. Once the rice planting is finished there isn’t much to do. It is traditionally the season of refreshing and rest, but for some, like Kay Thi’s family, it becomes the season of desperation.

Finally, last month, she admitted that they were not doing well at all. They had come to the point where they have no money to buy rice. She realized her stress is increasing and it’s affecting her parenting. Her stress is caused by their financial situation, hunger, and being looked down on by her sister-in-law, whose the land they moved to, hoping to find relief there. She confessed to our team that she had sometimes hit her son when she was at the end of her rope.

As our team talked through this situation with her, she asked to change the support given from formula, which they have enough of now, to rice and eggs. For vegetables, she can pick them in the neighborhood or from her garden where she has planted some. 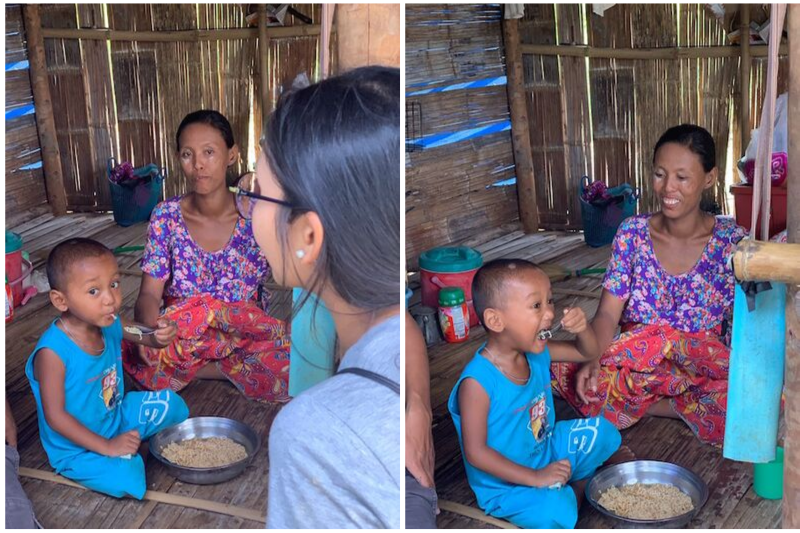 They are still in a very precarious situation as a family. But Kay Thi has come to trust our team and accept their help. With the stress of hunger removed their home has become more peaceful, and less violent. Even her relationship with her sister-in-law has become better as we have encouraged them to shift toward supporting each other instead of fighting with each other.

Kay Thi is a devoted mother, determined to stay near to and protect her children. As we continue to walk with them we expect that this family will move from weakness to strength, together.

To support Kay Thi’s family, and hundreds of other families like hers, please donate here. 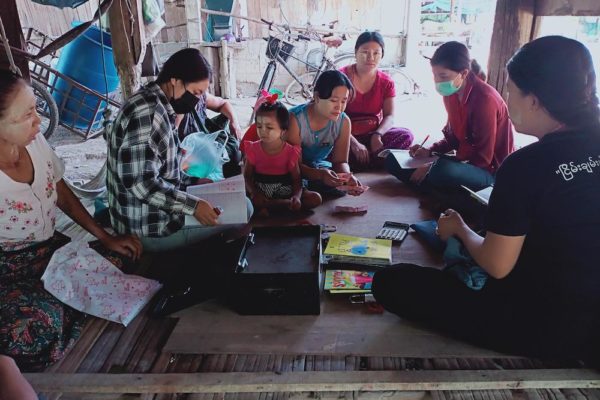 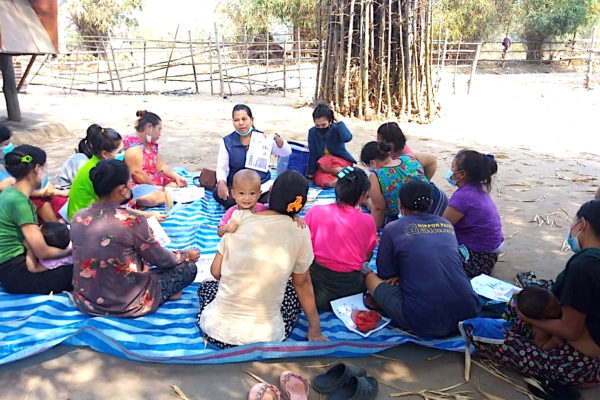 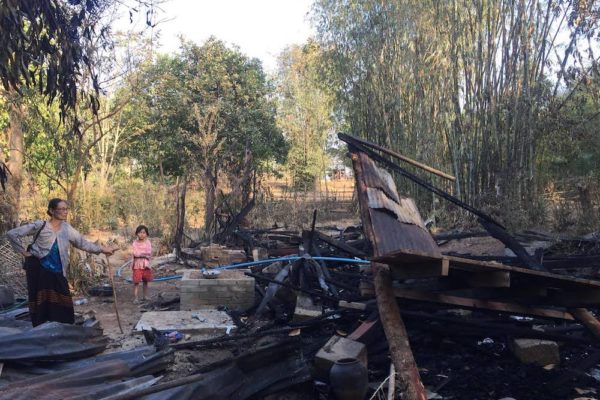 A New Home For TinTin’s Mother