In 2020 we launched the beginning of our Higher Ground Soccer program by giving the children and youth in a small mountain village a level field that they could use to play soccer on. This was in collaboration with community leaders who identified the biggest threat to families in their region as drug abuse, and told us that even kids in the first grade class had tested positive for amphetamines. When asked to share their ideas for solving this problem they said, “When we have an annual soccer tournament, people stop using drugs so that they can practice and play. If we could offer soccer year round, then they would have something to do besides doing drugs.”

The response to having a new field was overwhelming. They had to schedule teams in 7 minute shifts to use the field, so many were coming from all the neighboring villages for a chance to play.

Then, Covid19 really hit Thailand, and the mountain villages shut down, along with everywhere else. No one was allowed in, or out, and there was no way there would be even an annual tournament, let alone year round soccer competitions. 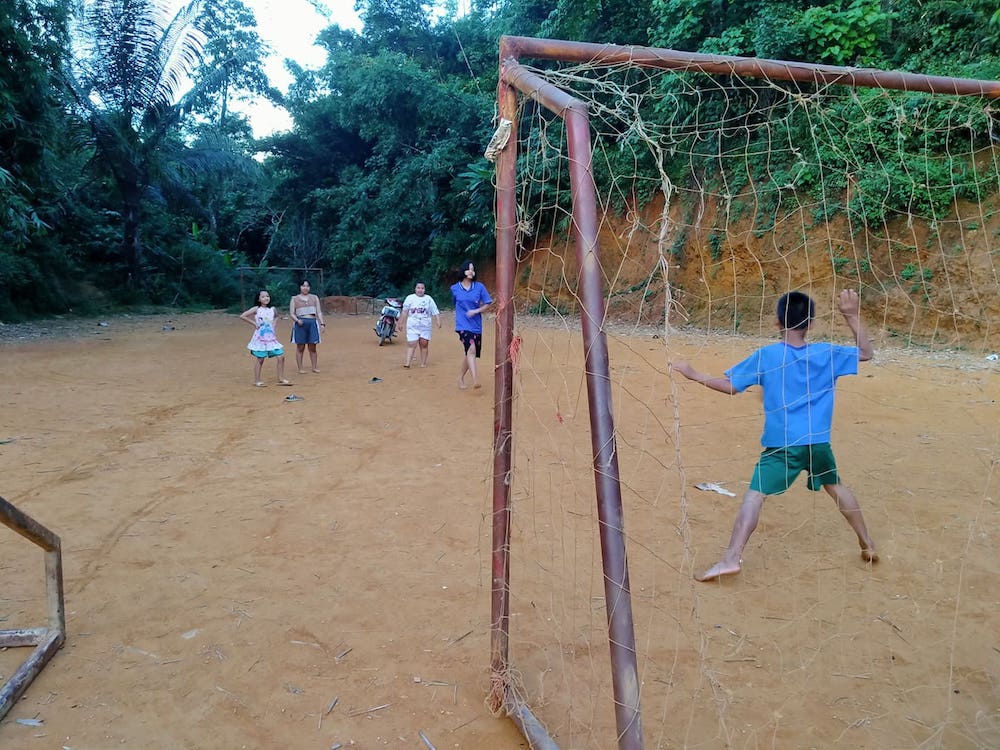 But the kids in the village kept coming to the field to play, and the young men. Even though we weren’t able to get in there and organize coaching and teams, the older guys started teaching and coaching the younger kids when they came to the field. The community and mentoring we hoped to build started to grow organically, and village leadership reported that kids were just not going in search of drugs anymore. They would rather play football. 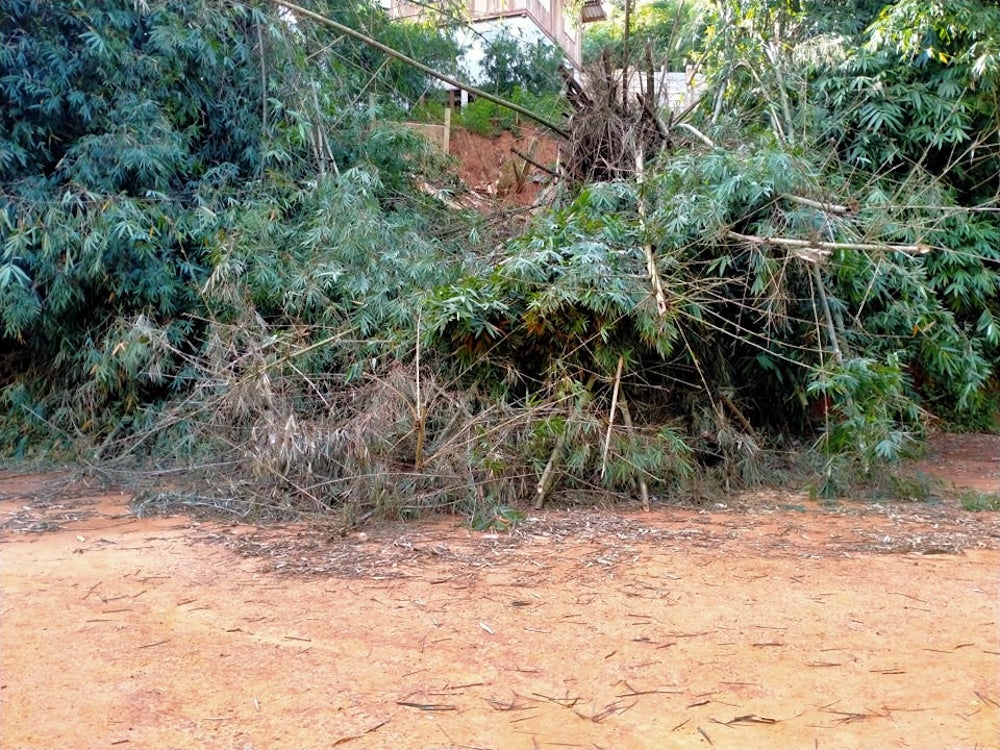 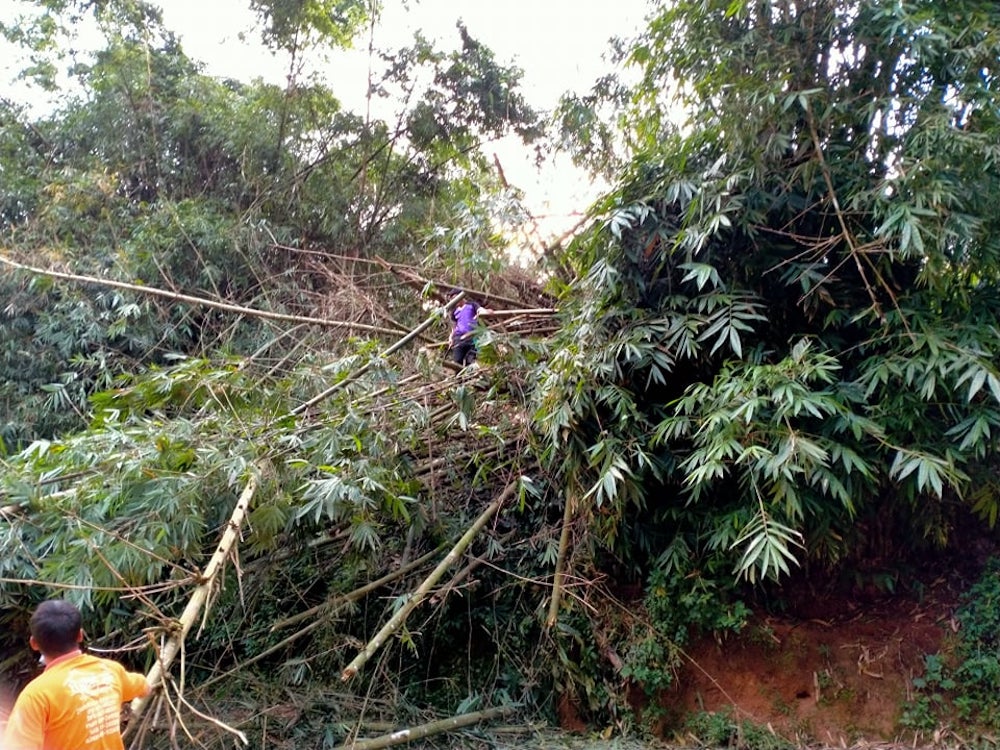 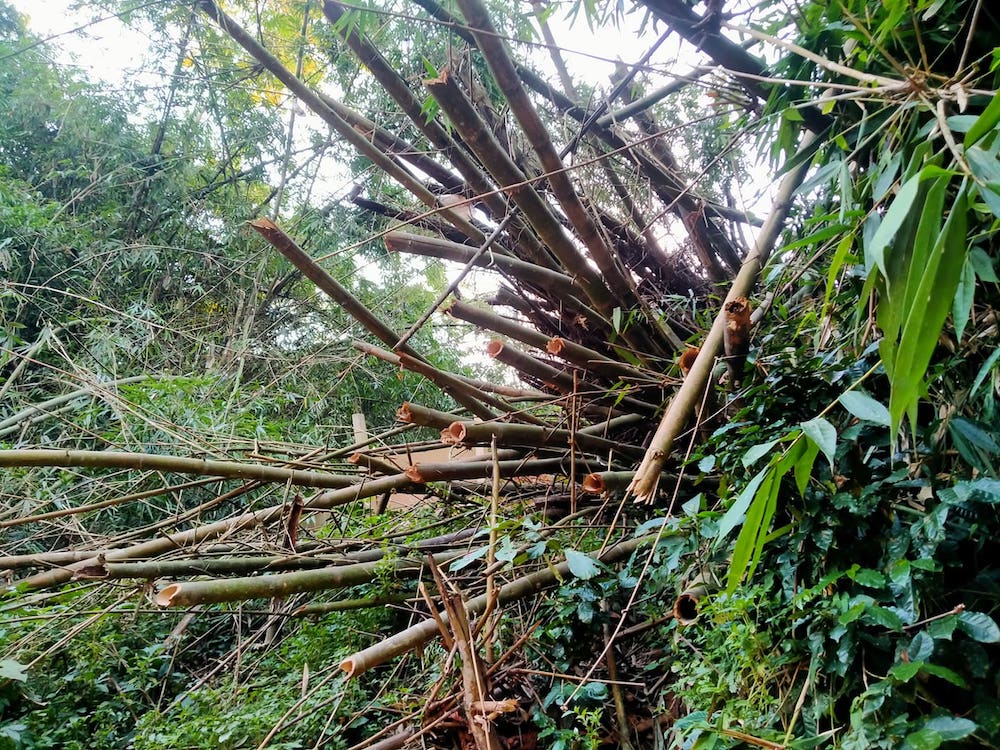 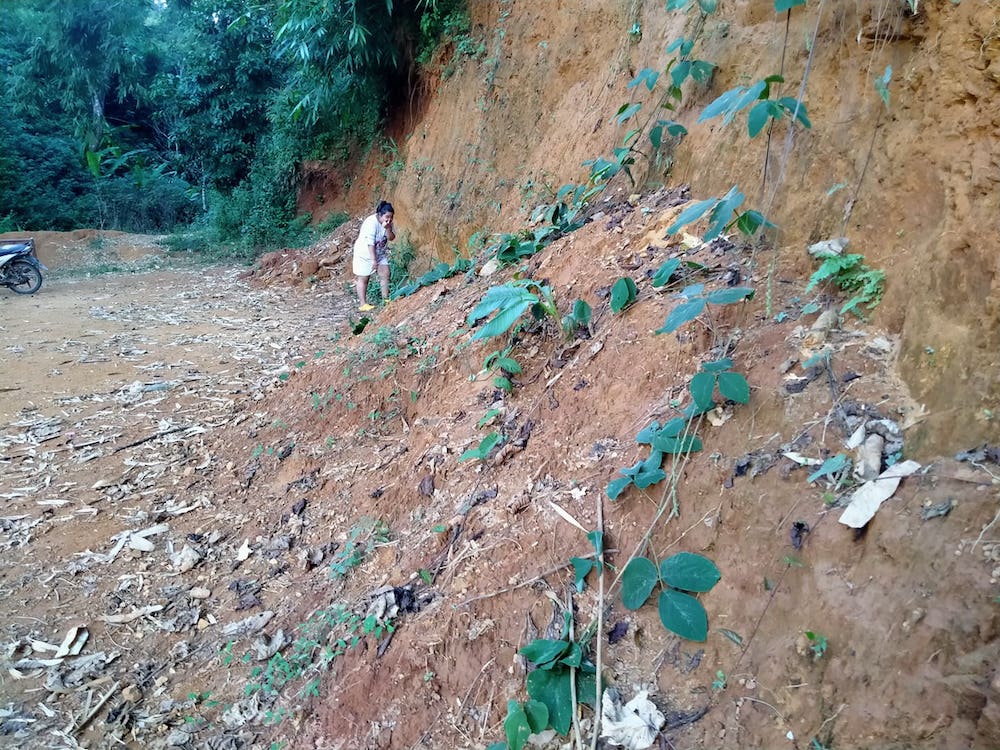 During rainy season, heavy rains washed out part of the field, and the dirt walls on each side started to come down. It was a mess. But the kids and older players all came out to help clean it up! They wanted their field back. 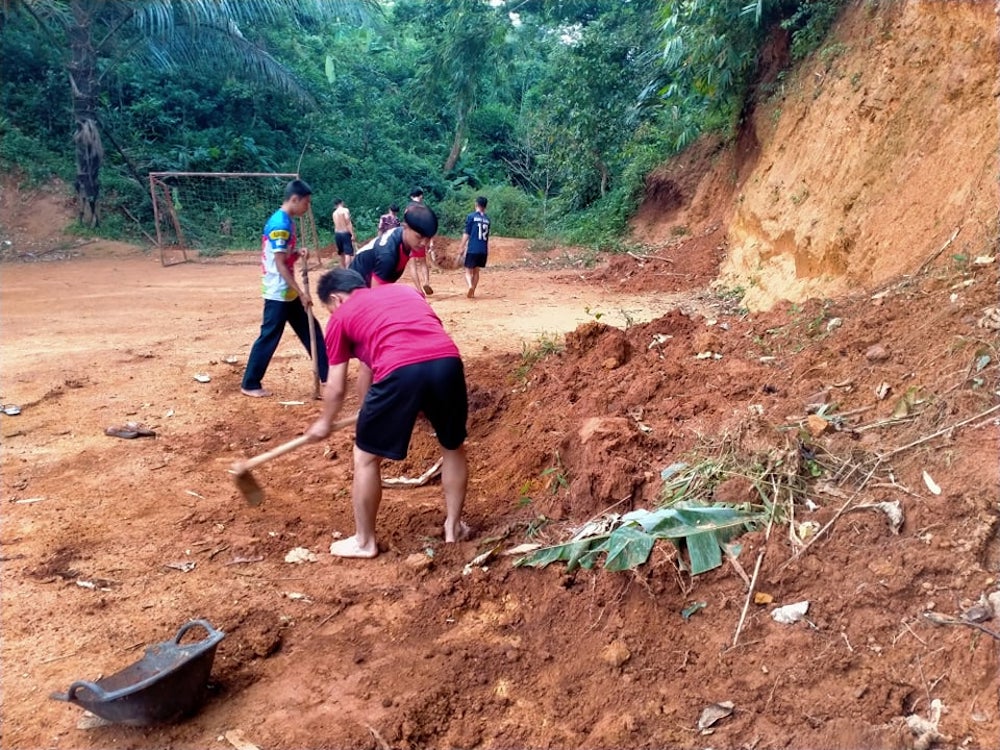 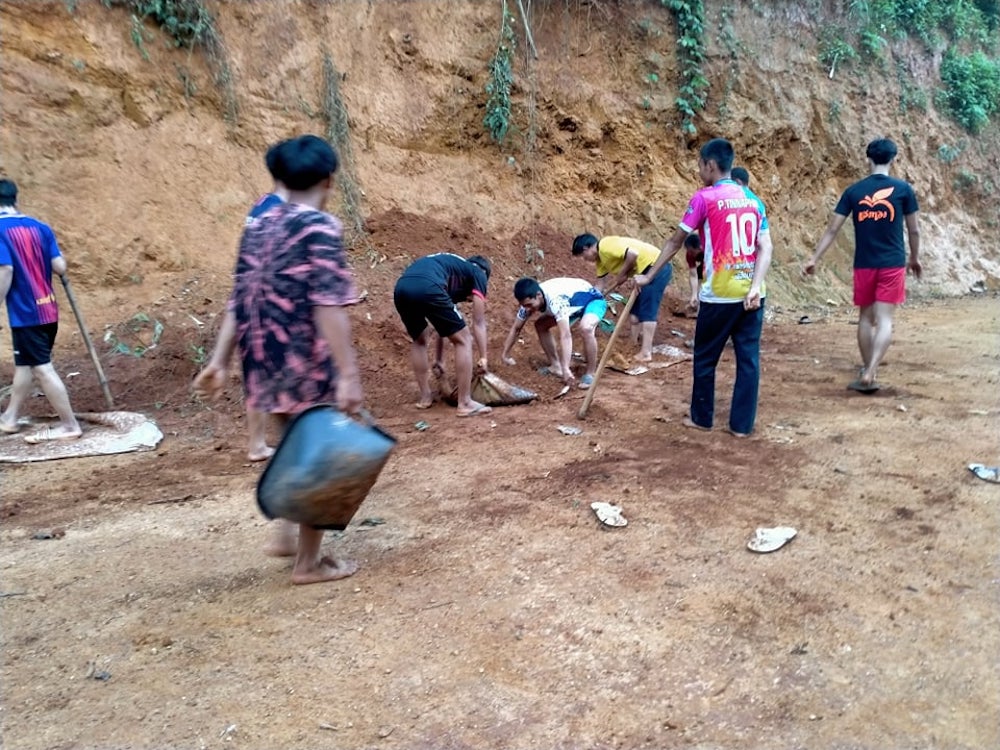 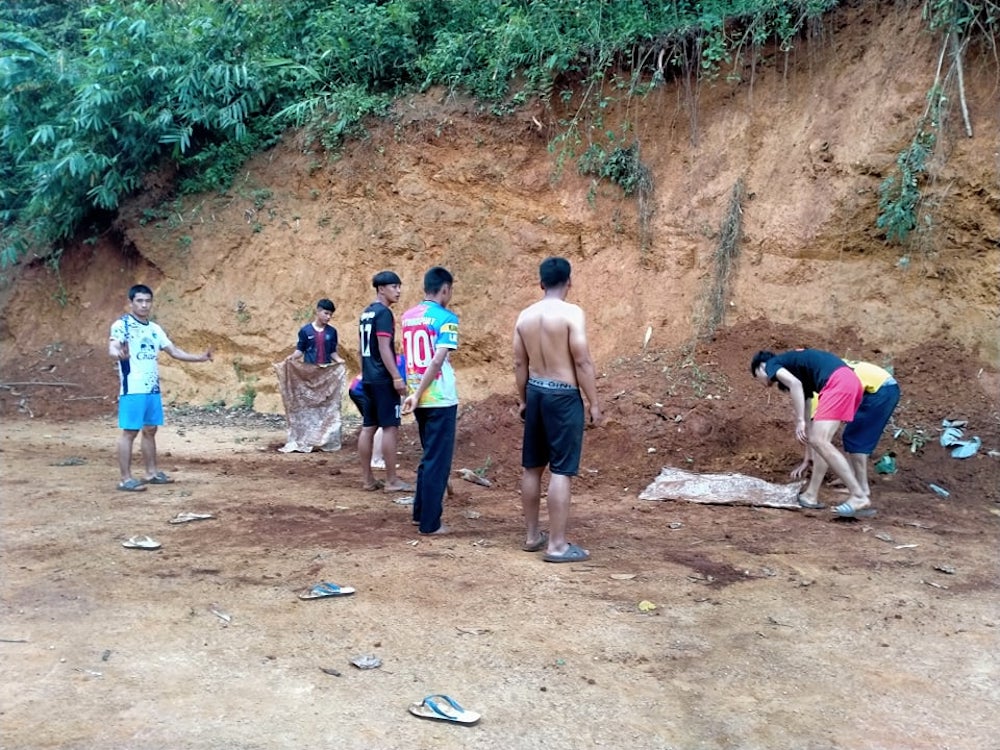 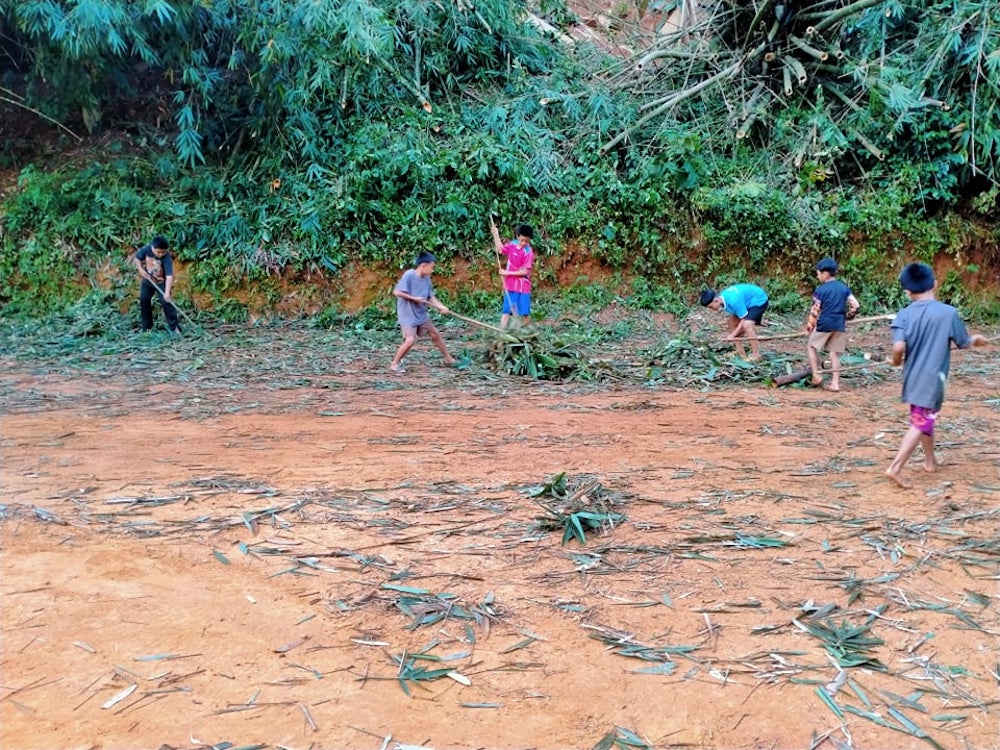 There was a lot of work to do to get the fields in shape, starting with clearing away all the earth, and fallen trees. 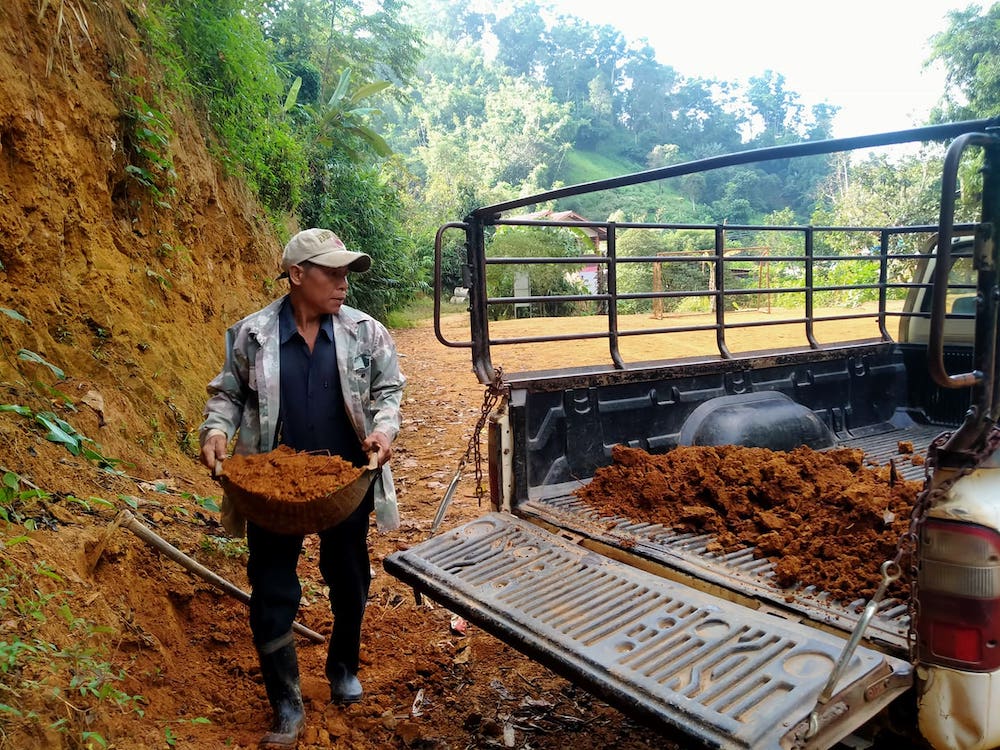 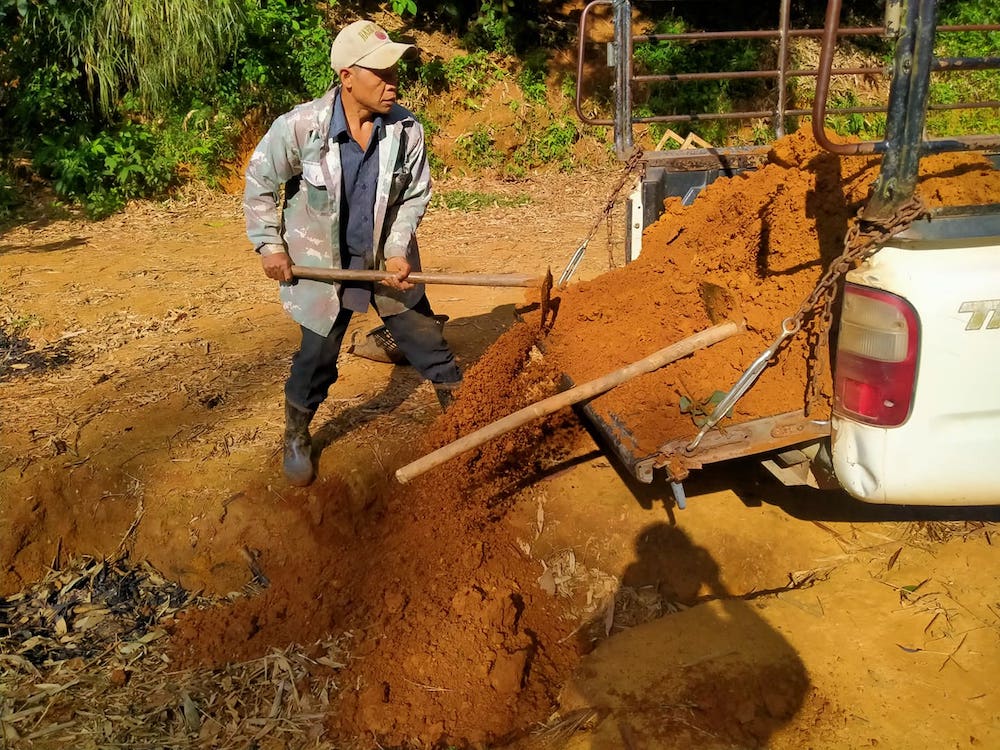 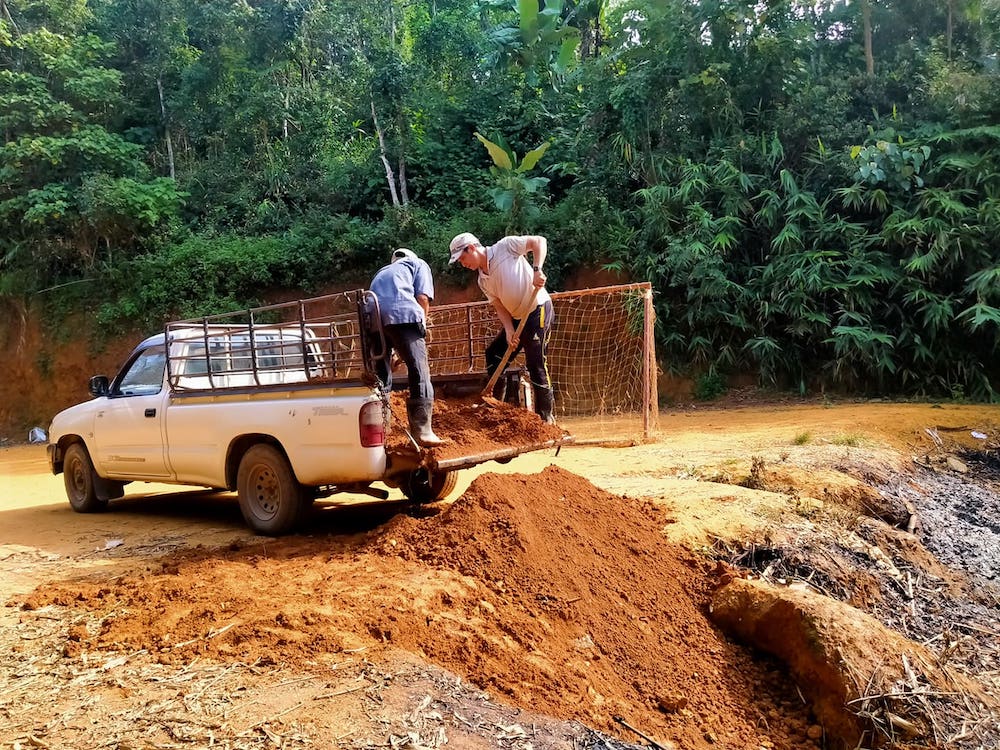 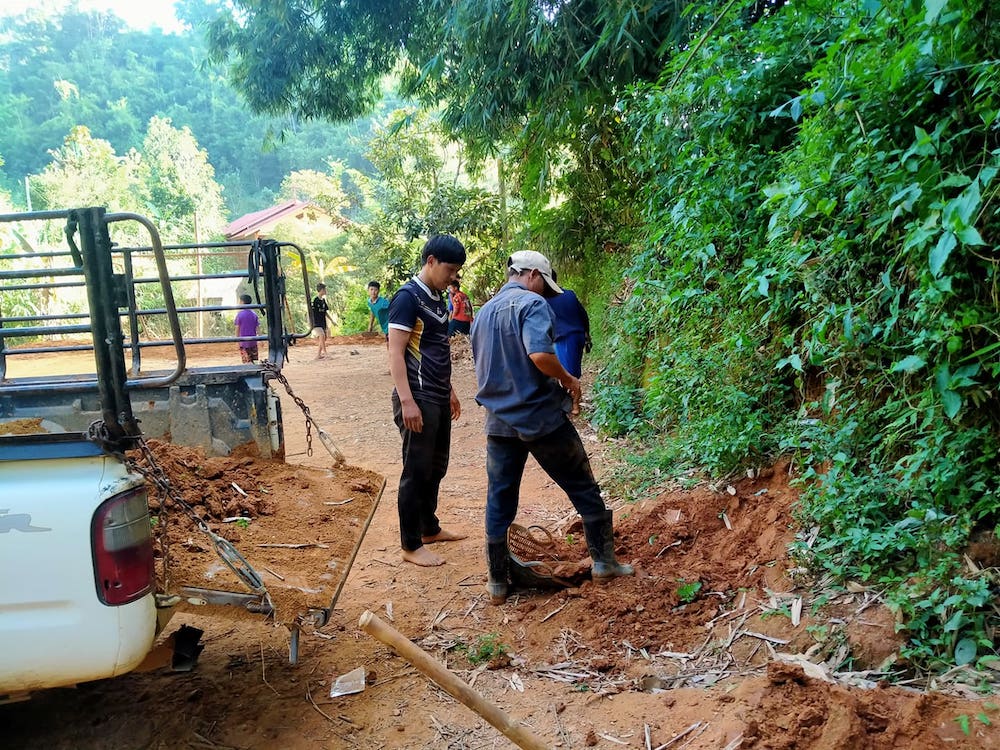 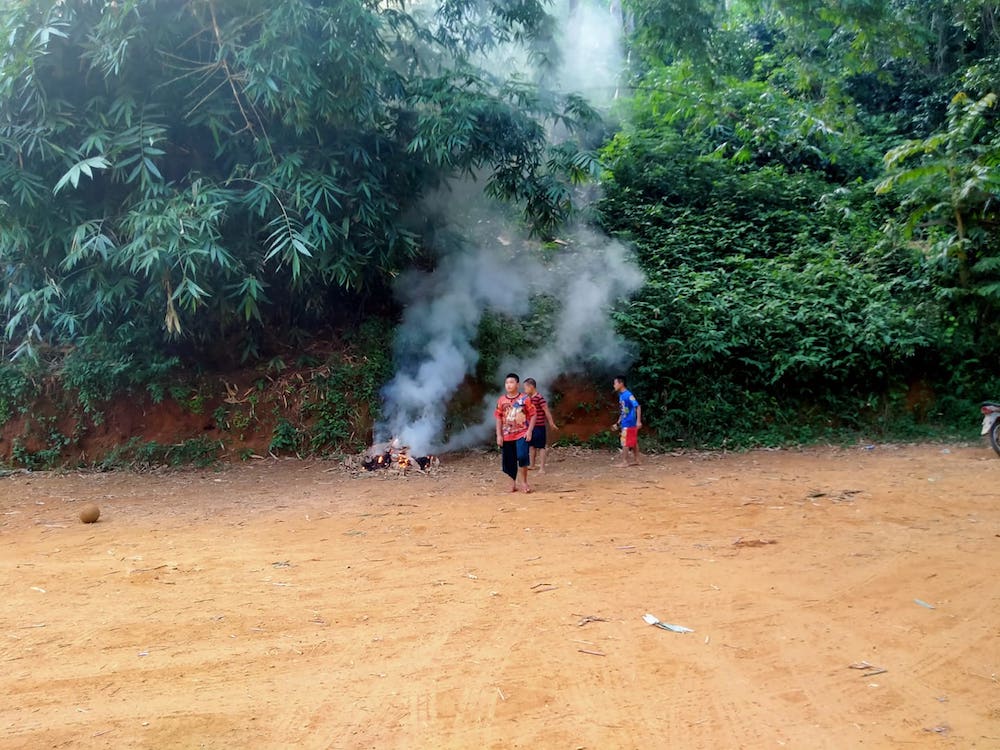 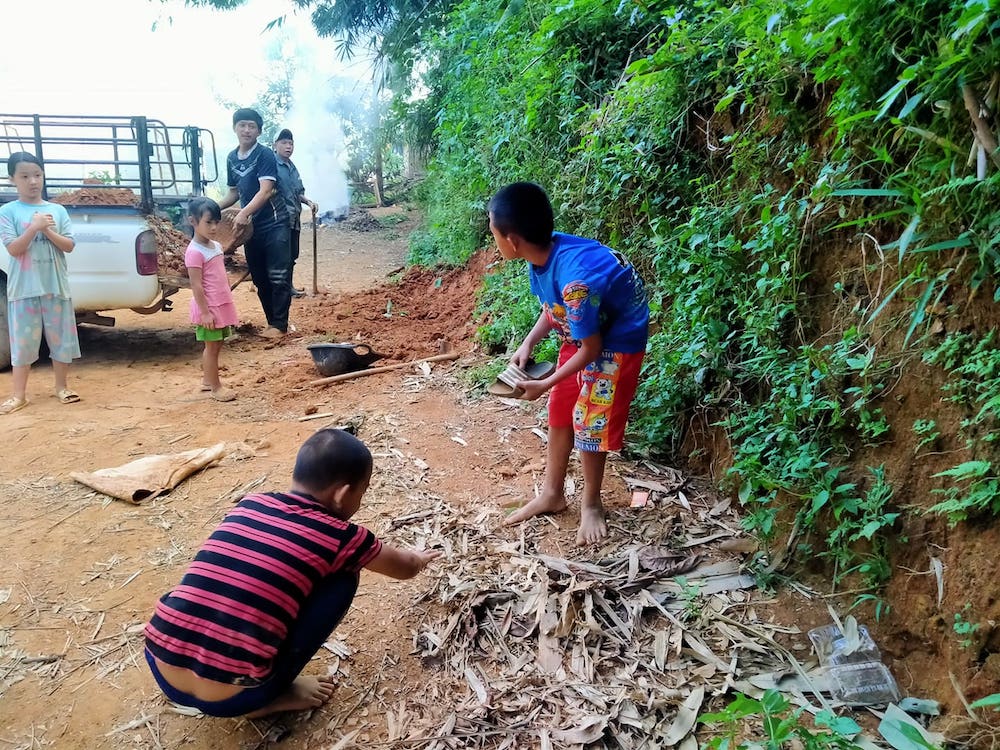 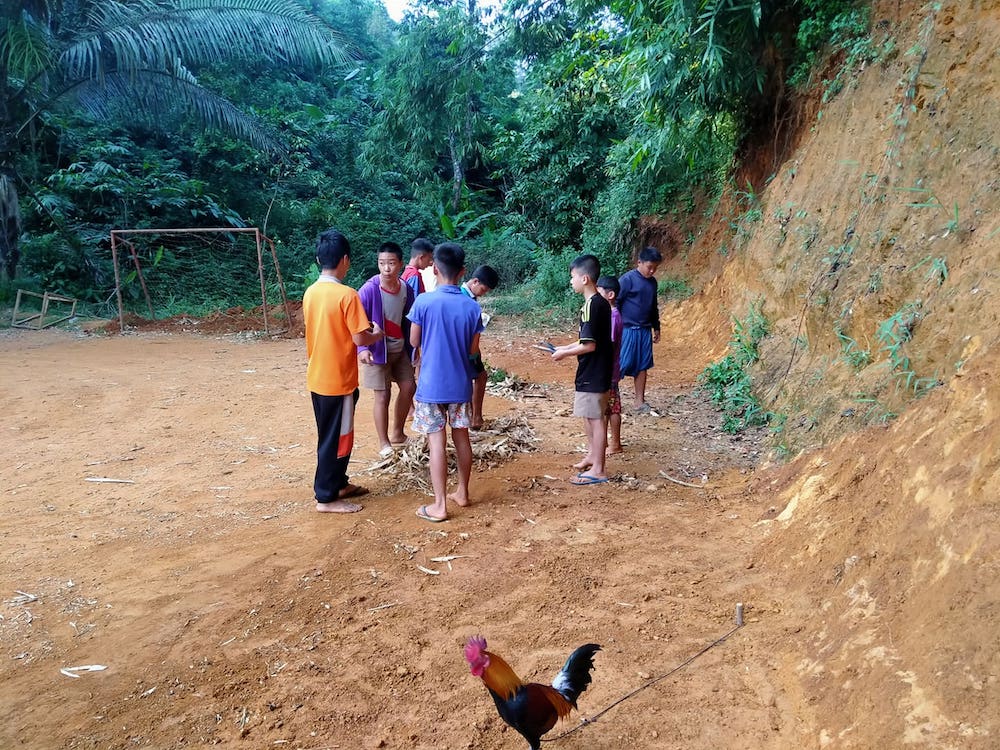 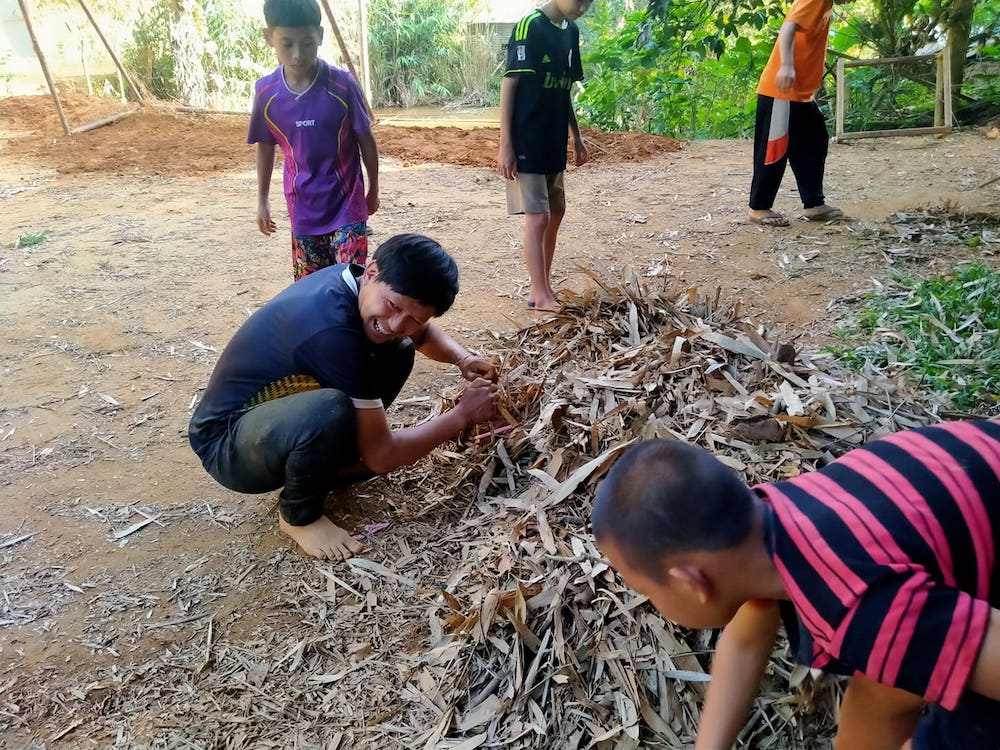 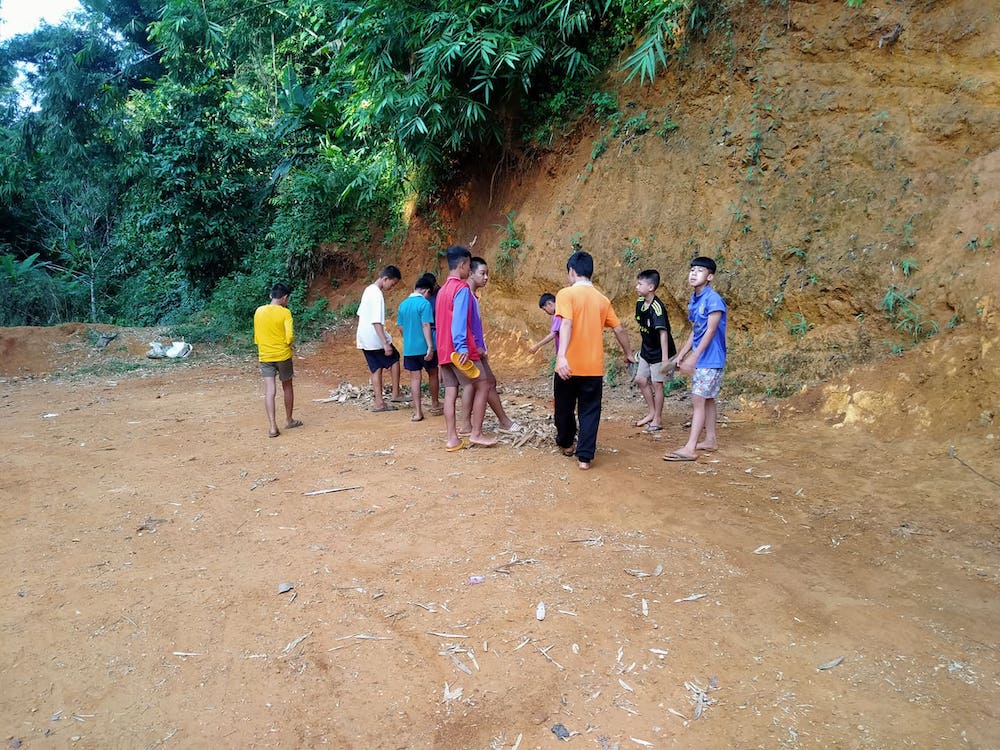 But they all worked together to restore their playing field. 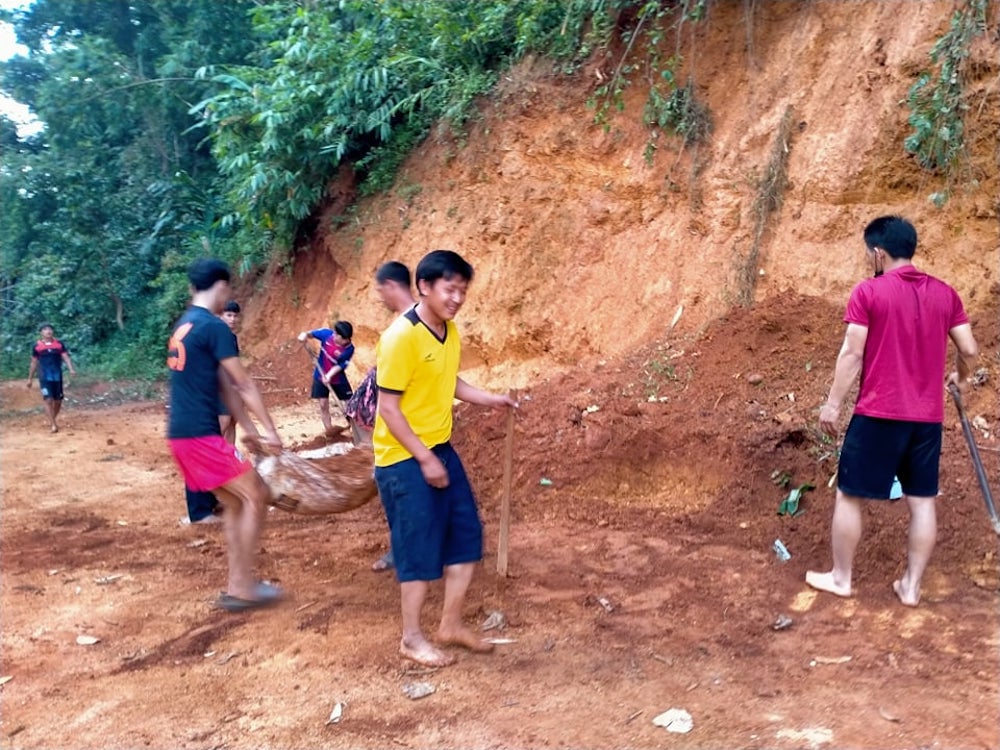 A little more than a year ago, these kids had little better to do in their village than to get high. Now they are working together and playing together instead. 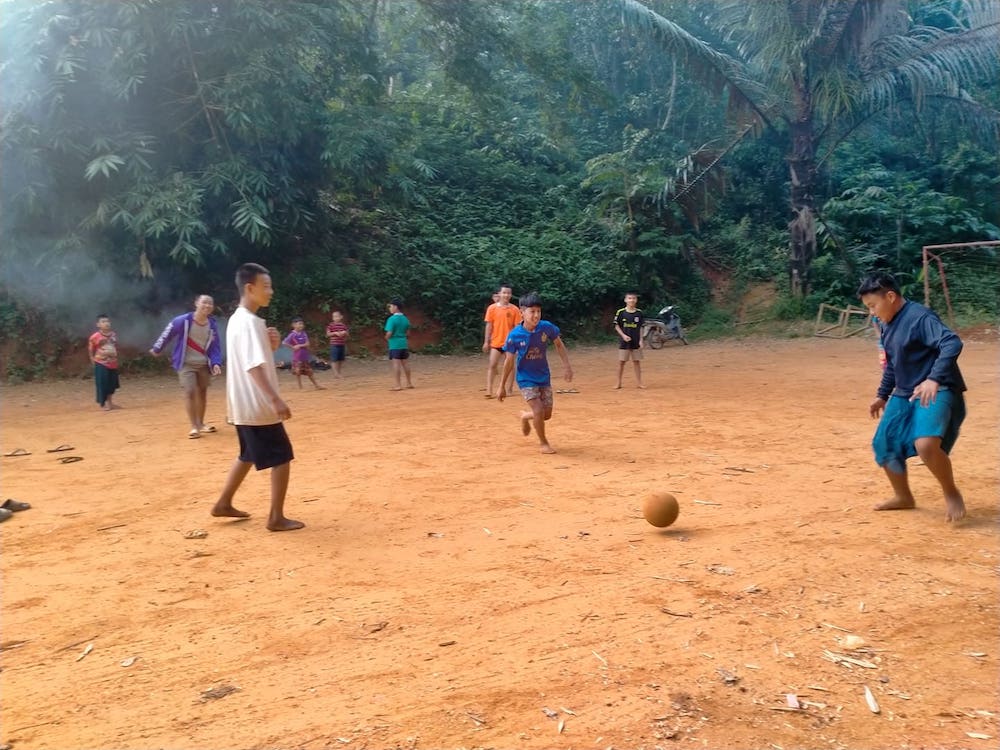 They celebrated with a soccer game, of course! And a traditional hill tribe top spinning competition. Our team on the mountain are very invested in keeping their traditional culture alive and passing it on to the next generation. 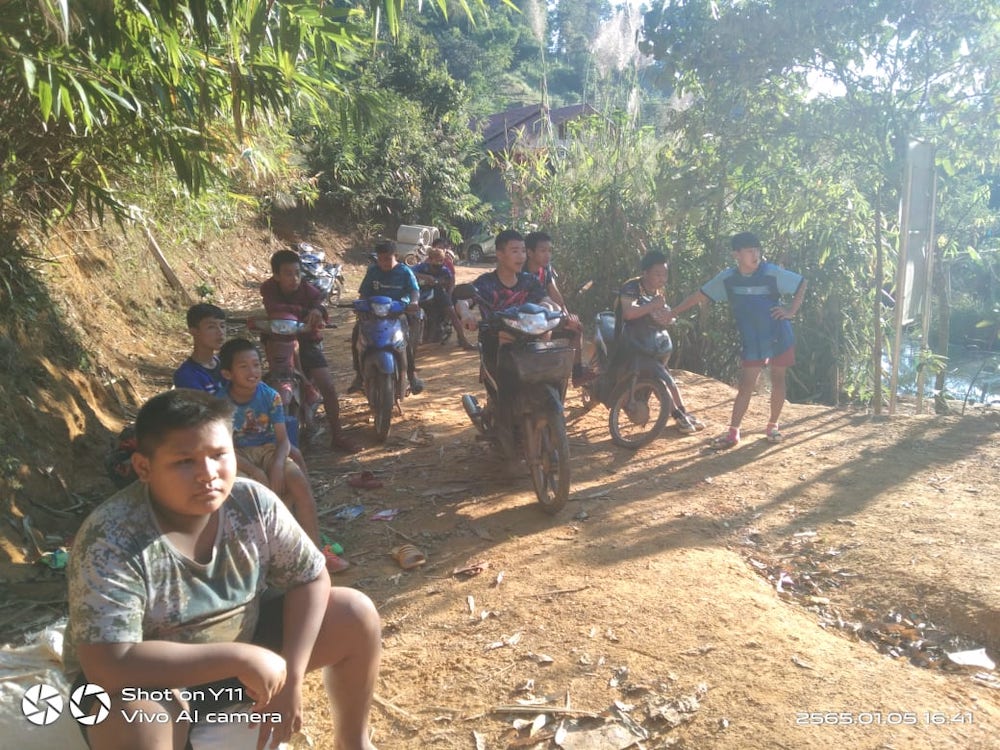 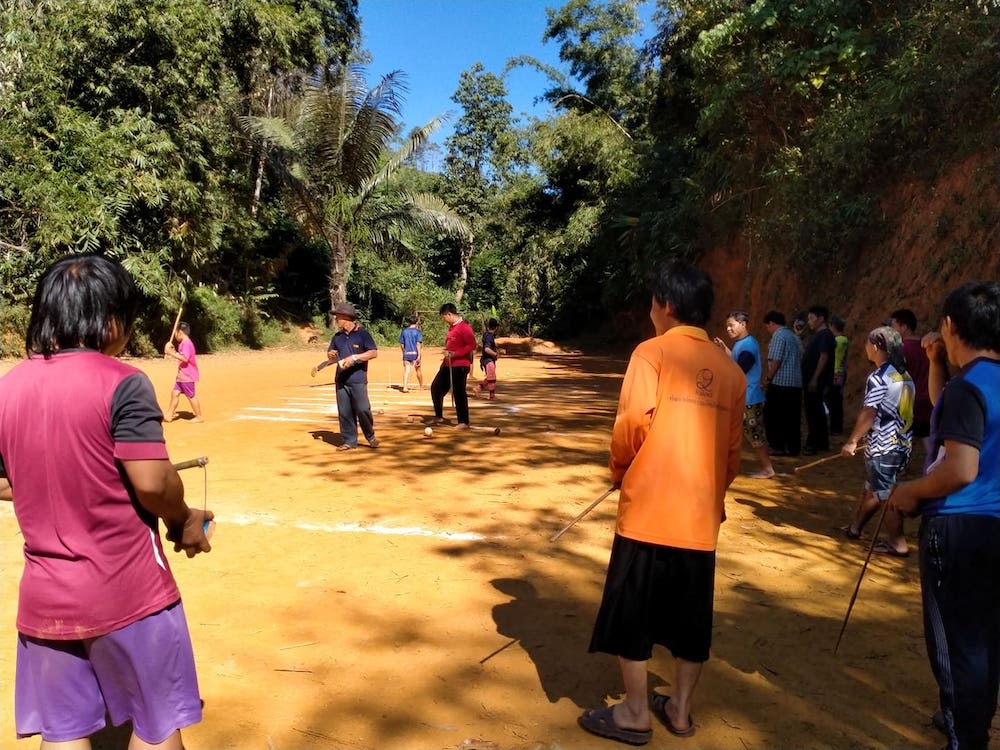 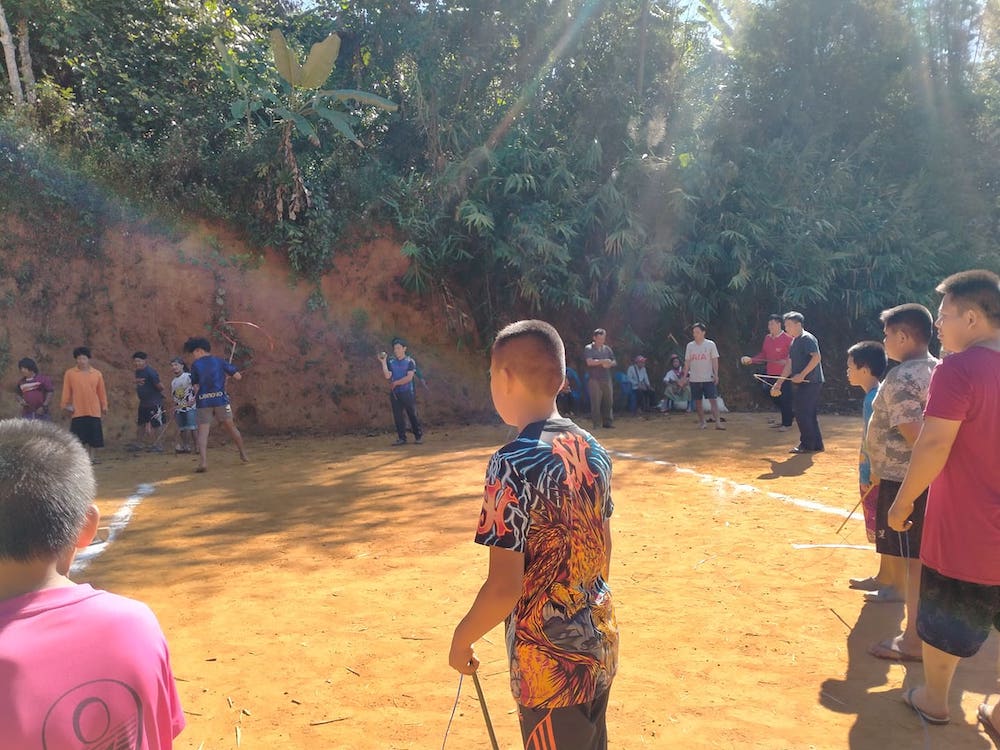 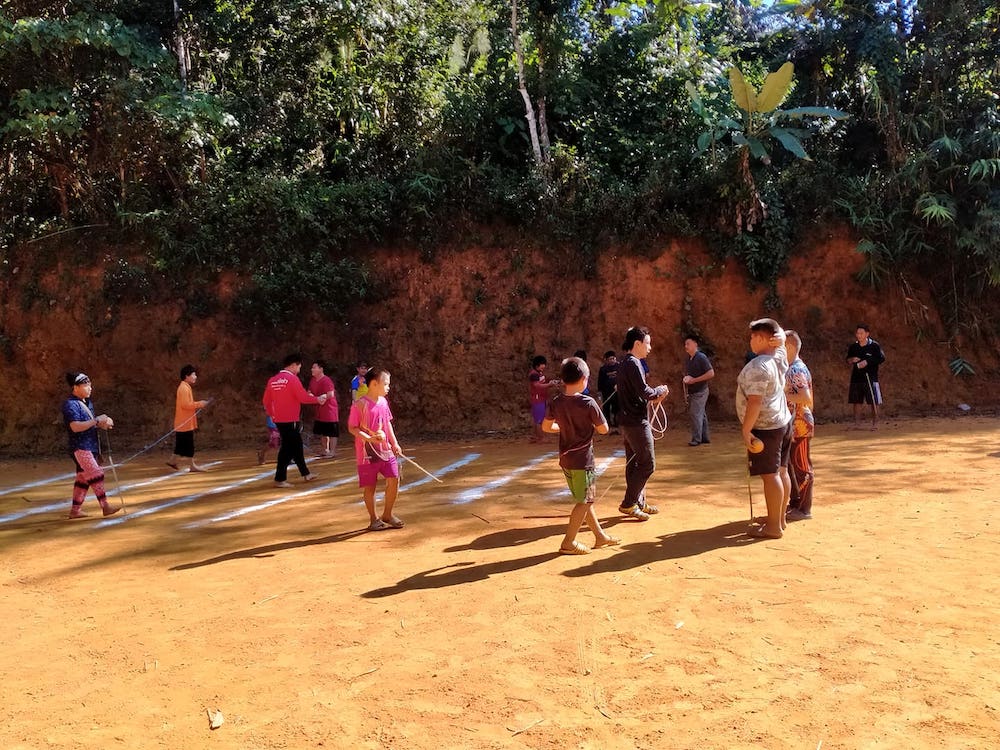 In January restrictions lifted enough that they were able to hold the annual 6 village wide soccer tournament. To everyone’s surprise, the team from the village where we built the new field made it all the way to the final game which ended in a tie! In the final kickoff they lost, because the other team had some good coaching and was more strategic. But they are so proud of how well they did, and they are excited to practice more, and build their skills, and mentor the younger kids on the field. 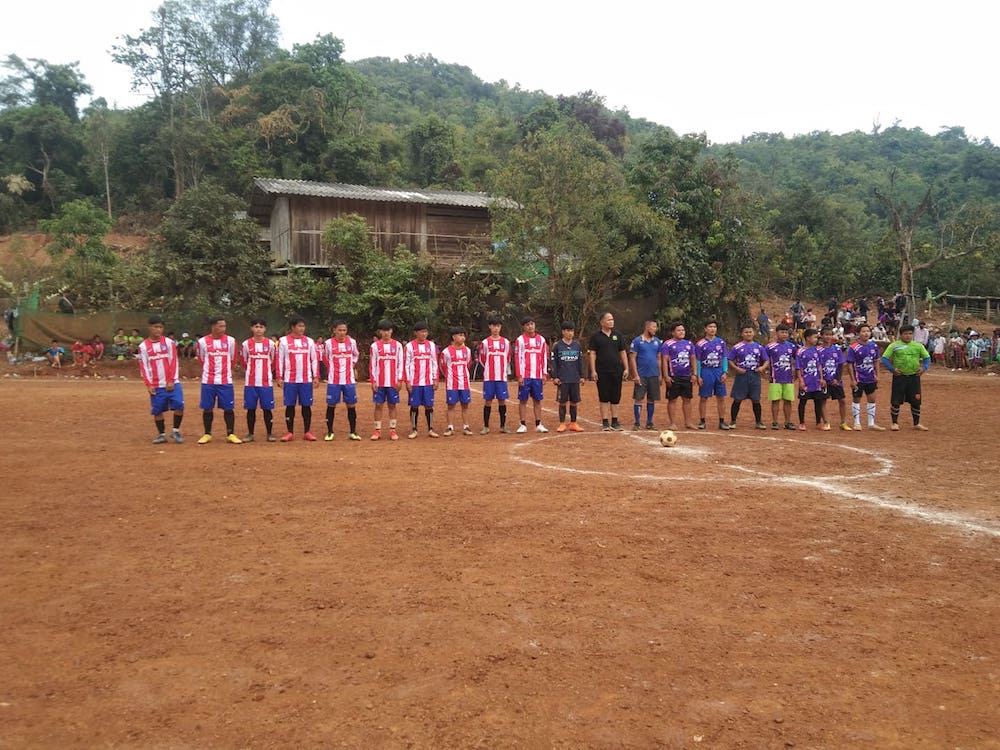 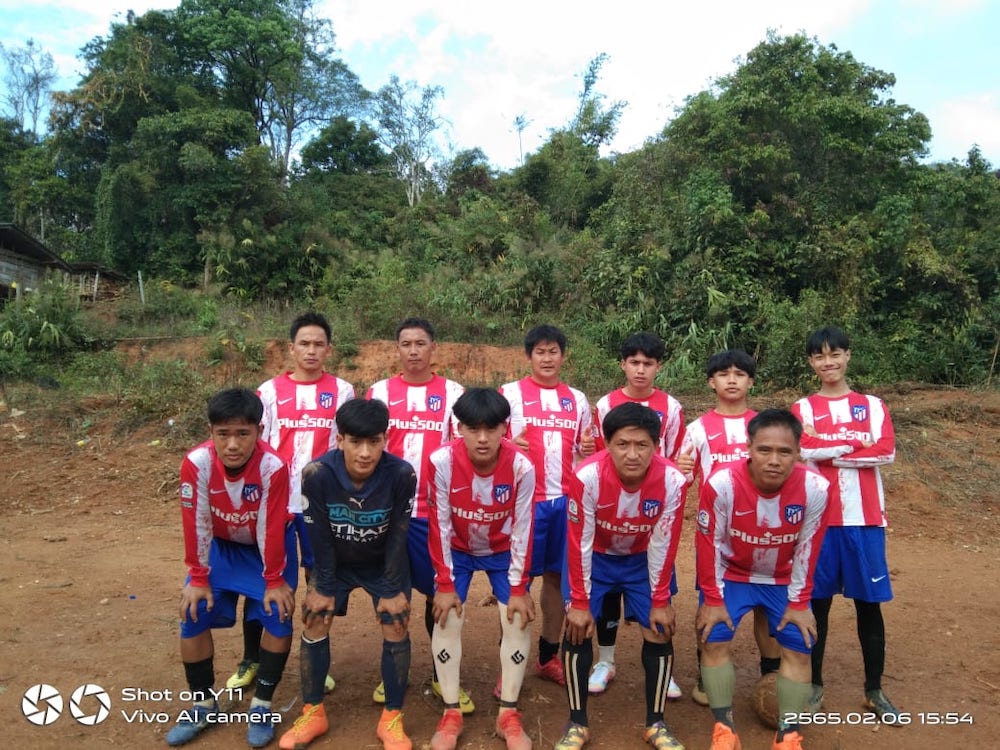 We have exciting plans for what comes next! We’ve hired two coaches from in the community who will be on the field each evening working with the kids mentoring them and helping them build football and life skills.

Plans are also in progress to give the field a serious upgrade. We’re going to build fences, and nets to keep the balls from disappearing into the jungle every time someone takes a shot at the goal, and an extended playing area so the girls can play volleyball, their preferred sport. We hope to put in lights so that they can keep playing for a few hours after it gets dark. As we pilot the program in this village, the long term goal is to expand to the neighboring villages, so that we have a mountain soccer league that runs year round in the 6 villages in that area.

Your support has been a huge part of making the children and youth of this community stronger, safer and healthier. You have given them the gift of play. Thank you. 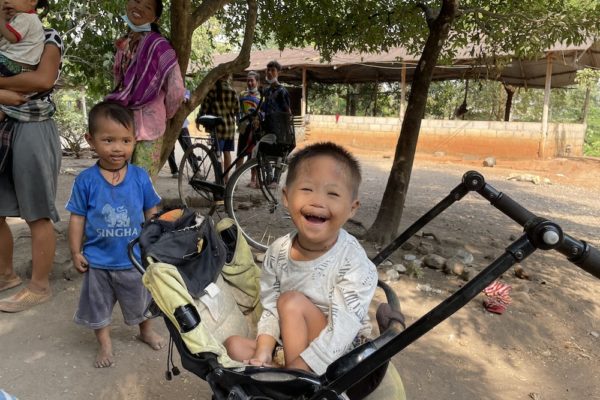 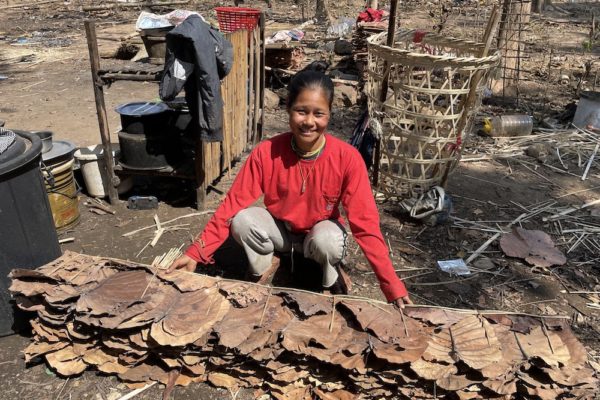 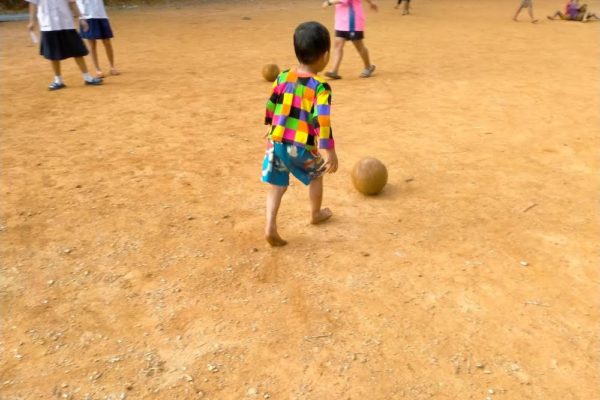